Lodz has a very convenient geographical location. Situated in the heart of Poland and Europe, the city and the agglomeration of Lodz lie at the intersection of major communication routes.

With a systematically expanding transport system (construction of new roads and modernization of the railway infrastructure), this once leading Polish industrial center has again been growing in importance as a major transport and logistics hub. The whole Lodz agglomeration with over 1,1 million inhabitants is one of Poland's most important economic centers and a prominent cultural and academic hub. 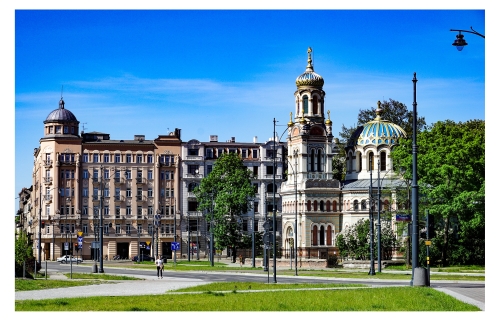 LODZ – A CITY OF SPORTS

Lodz is a city of sports. Many newly constructed and planned facilities are a clear manifestation of the city's commitment to various activities. Different disciplines are developing in Lodz and the results of teams and individual athletes reflect the high potential of sports in Lodz. The best-known athletes who began their international careers at Lodz clubs include Adam Kszczot (athletics), Marcin Gortat (basketball) and Jerzy Janowicz (tennis).

Lodz is often referred to as the volleyball capital of Poland because it has held many high-profile volleyball events. In 2017, FIVB Volleyball Men's Club World Championship was organized in Lodz. Another big international event Lodz has applied to host is the European Men's Handball Championship 2023.

CULTURE AND TOURISM IN LODZ 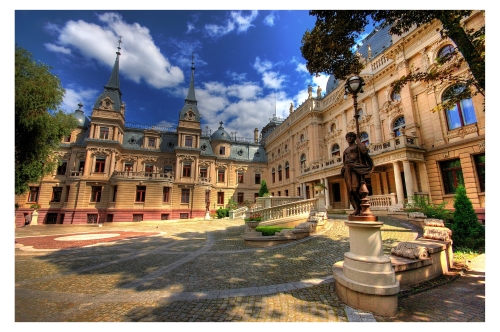 Lodz is a major tourist and cultural center

which is now increasingly seen as a city of unique industrial history, with past industrialists' monuments attracting tourists from Poland and all over the world.

One of Lodz's main tourist attractions is the abundance of residences and palaces. There are over 200 of them located all over the city, representing the wealth of local industrialists who built their fortunes in Lodz. Today, these residences are seats of public administration bodies, museums, and other institutions.

Former manufacturing plants have regained their splendor and are now considered unique monuments of the history of Lodz. The most recognizable are: Manufaktura, the EC1 power plant, Izrael Poznański's Palace and Ludwik Geyer's White Factory. 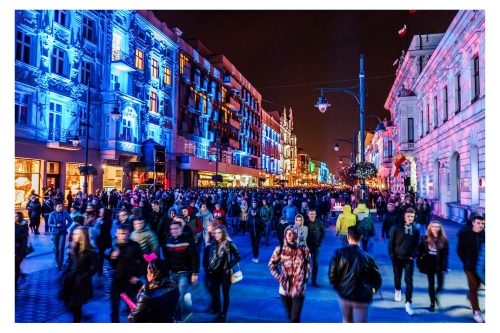 The most recognizable symbol of Lodz is the busy and vibrant Piotrkowska street. Restaurants, cafés, and hotels are located along the street, which is lined with historic tenement houses of unique architectural design. The place is considered the center of Lodz entertainment and cultural life.

Another notable feature of Lodz is the myriad of murals decorating various parts of the city. These large format artworks are the expression of the artistic nature of Lodz, highlighting its original urban character.