EUSA at the 50th Anniversary of Badminton Europe

EUSA at the 50th Anniversary of Badminton Europe

On the invitation of Badminton Europe (BEC), EUSA President Mr Adam Roczek and Secretary General Mr Matjaz Pecovnik visited Prague, Czech Republic, to participate at the 50th Anniversary of Badminton Europe. Close to 180 invited guests gathered for the celebration which was held in Orea Pyramid Hotel Prague on Saturday, April 1, 2017. 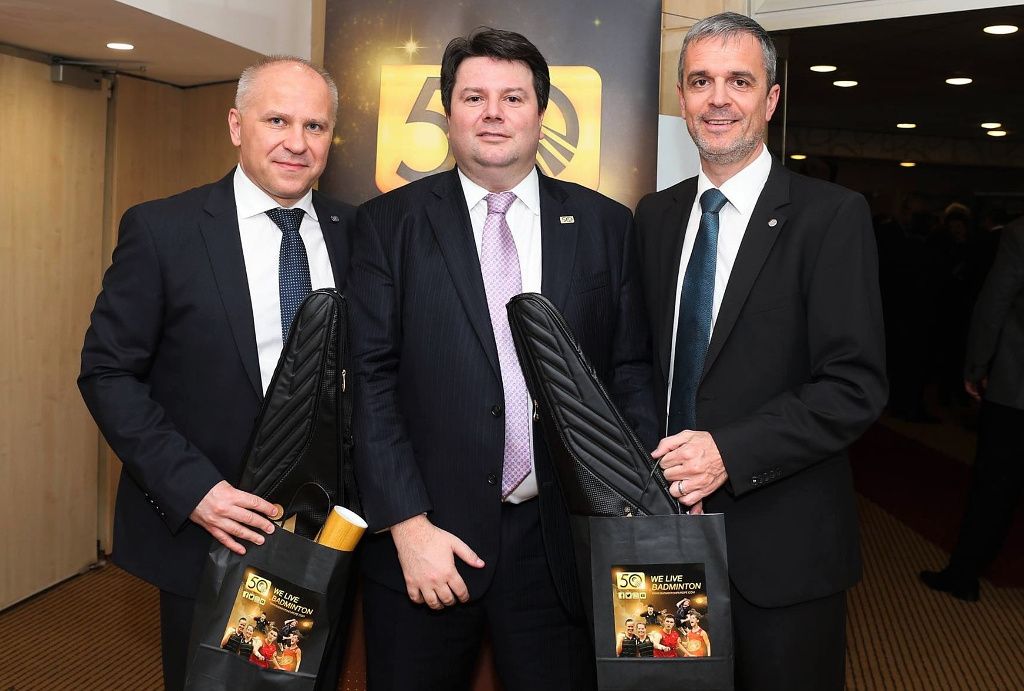 Ms Gail Emms, former top-player, hosted the event and gracefully guided the dinning guests through the evening and its’ awards. During the event, BEC presented several awards for the Year 2016, such as awards for the best European Para-Badminton Player, Coach, Technical Official, Senior Player, Young Player, Female Player, Male Player; as well as Women in Badminton Award, President’s Medal of the Year 2016 and Honorary Vice President Award. Mrs Nora Perry (England) was nominated in BEC Hall of Fame. As an end to the official part of the evening, Dubrovnik (Croatia) was announced as hosts for the BEC Congress in 2018. 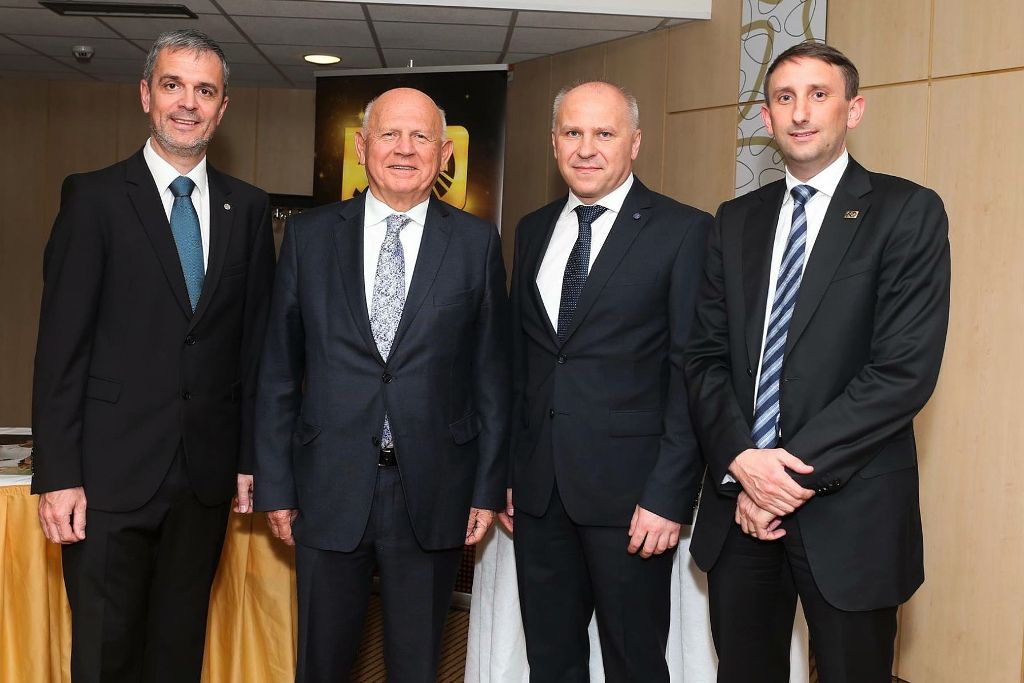 The BEC Congress included also the Members’ Forum and  Annual Delegates’ Meeting. The meeting ended with a surprise for the delegates as a grand cake decorated with Badminton Europe’s 50th anniversary logo in black and gold frosting, was carried to the stage. 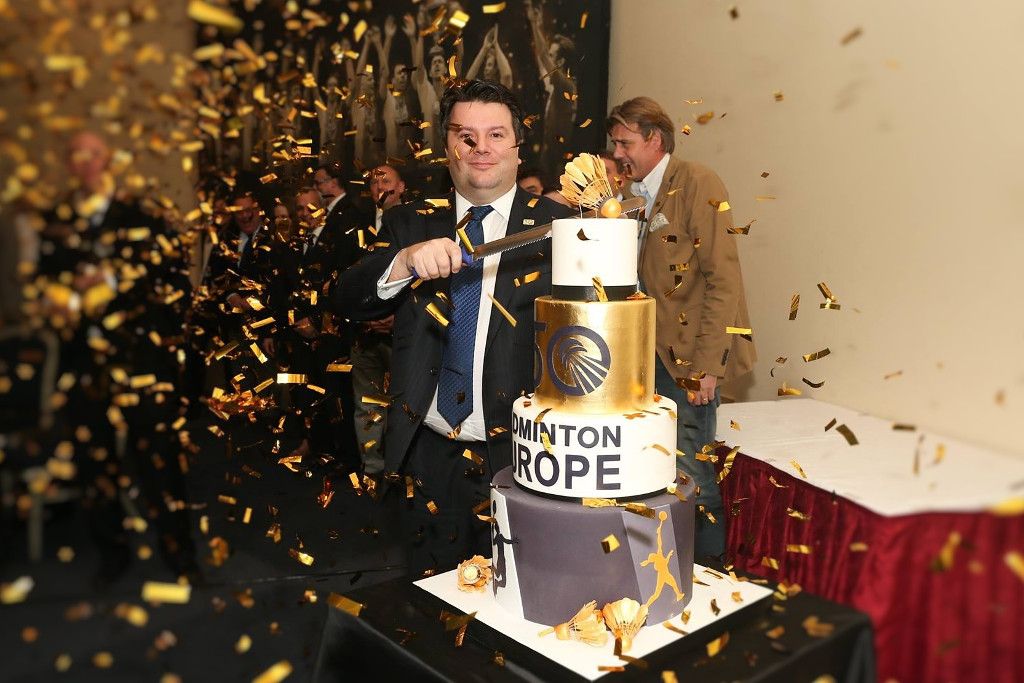 During their stay in Prague, EUSA representatives also met with the President of Badminton Federation of Slovenia, Mr Andrej Pohar, to discuss the European Universities Badminton Championship 2017, which will be held end of June this year in Ljubljana. EUSA and Badminton Europe signed a cooperation agreement, the Memorandum of Understanding, back in 2015.